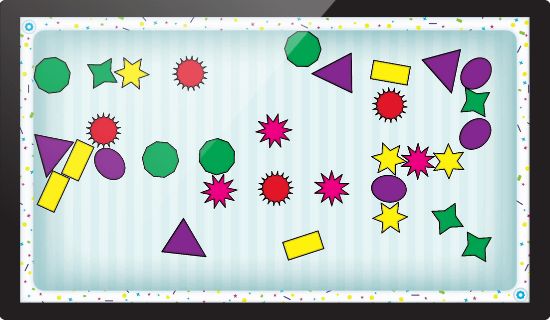 In Shape Catcher the goal to catch shapes with the same colour. When a shape is pressed, the shape is hidden from the other players. The game therefore requires the players to collaborate and talk together to clear the level. The game can be played with levels that slowly increase in difficulty, or players can use the settings to choose the specific combination of shapes, colours, size, speed, and amount of shapes that are included in the game. 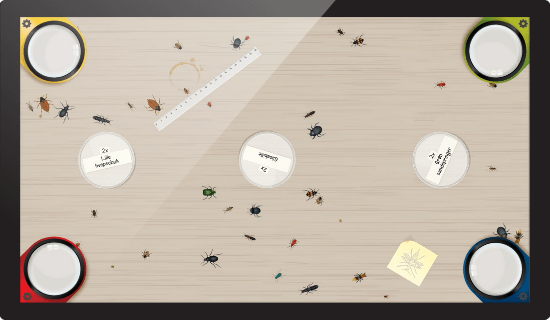 In Beetle Lab you can learn about different beetles. Examine the beetles by placing them in the magnifying glasses and read the short text. Use your knowledge from the text to sort the beetles correctly. Once you have found a beetle that matches the category displayed on one of the petri dishes, drag the lid away and place the beetle inside. The beetles can be sorted by name, food and family type. 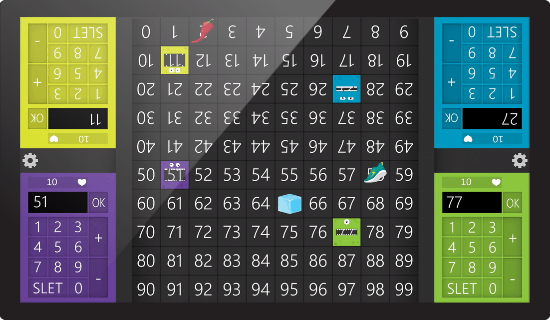 Calculator Monsters can be played in two different ways, either where you compete, trying to push the other teams monsters out of the board in any direction. Or you can play together, where the goal is to survive as long as possible, without being caught by the ghosts. In both versions you use the calculator to control your monster, either adding or subtracting from the number it is placed on to move on the board. 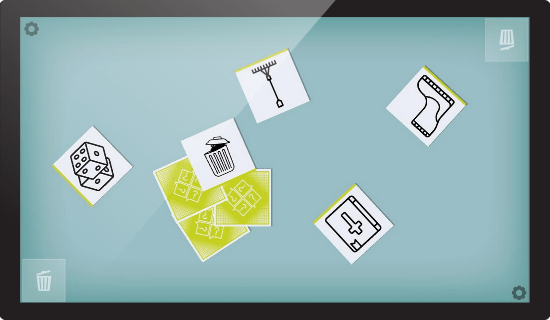 Card Talk can be used to train words, conversations, and active listening in several different ways, based on 1500 different pictures. Before the game starts, you have to draw the pictures that will be used as the starting point for the game, and talk about what the pictures represent. Then you have to choose who should have the narrator role. The person who has the narrator role, should for example tell a story based on one or more of the selected pictures, where after the other participants must select the pictures that were part of the story.


Supports: Arabic, Danish, Dutch, English (GB), English (US), Finnish, French, German, Korean, Norwegian, Swedish.
We use cookies on our website to give you the most relevant experience by remembering your preferences and repeat visits. By clicking “Accept All”, you consent to the use of ALL the cookies. However, you may visit "Cookie Settings" to provide a controlled consent.
Cookie SettingsAccept All
Manage consent

This website uses cookies to improve your experience while you navigate through the website. Out of these, the cookies that are categorized as necessary are stored on your browser as they are essential for the working of basic functionalities of the website. We also use third-party cookies that help us analyze and understand how you use this website. These cookies will be stored in your browser only with your consent. You also have the option to opt-out of these cookies. But opting out of some of these cookies may affect your browsing experience.
Necessary Always Enabled
Necessary cookies are absolutely essential for the website to function properly. These cookies ensure basic functionalities and security features of the website, anonymously.
Functional
Functional cookies help to perform certain functionalities like sharing the content of the website on social media platforms, collect feedbacks, and other third-party features.
Performance
Performance cookies are used to understand and analyze the key performance indexes of the website which helps in delivering a better user experience for the visitors.
Analytics
Analytical cookies are used to understand how visitors interact with the website. These cookies help provide information on metrics the number of visitors, bounce rate, traffic source, etc.
Advertisement
Advertisement cookies are used to provide visitors with relevant ads and marketing campaigns. These cookies track visitors across websites and collect information to provide customized ads.
Others
Other uncategorized cookies are those that are being analyzed and have not been classified into a category as yet.
SAVE & ACCEPT