In Memory you can play a memory game, where two cards have to be selected at a time, or with a twist where four cards must be selected before the cards are turned around. The game can be played with one to four teams, and when playing the colour of the background indicates, which team’s turn it is to draw the cards. It is possible to choose both category and number of pieces in the game. If the red category is selected, it is possible to choose the images used in the game. 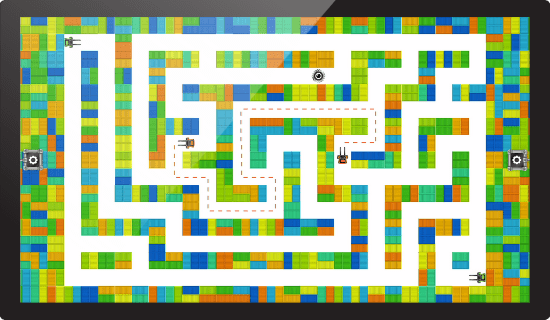 The Maze can be played in three different ways, common for all is that the aim is for two players to find each other in the maze. The game can be played where the goal is simply to find your way through the maze, or where you also have to find and match words or pictures. Drag the truck over to a box to pick it up, and backwards to drop it again. Once you have found two boxes containing a pair, you have to find each other in the maze. You can play the game where the difficulty of the mazes slowly increases, or you can choose to adjust the difficulty of the maze, the speed, as well as the number of boxes and enemies. 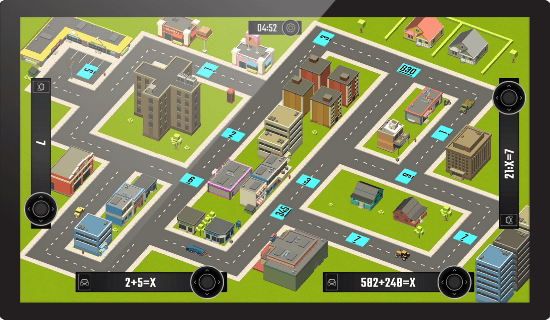 In Math Race you can train mental arithmetic. Every player has a small car that they need to steer to the value that matches the sum of their arithmetical problem. Each player can adjust the level of difficulty of the arithmetical problems that they have to solve. Players are rewarded when choosing more difficult problems, by having more vehicles to choose from. The game offers several different maps, and many different vehicles. 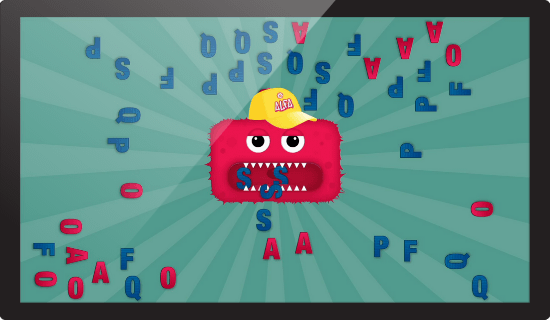 In Alphabet Monster you can practice the alphabet by feeding the monster. When the monster calls for a letter, all of these letters have to be found on the screen. Press the letters to put them in the monsters mouth, but watch out, if you press just one wrong letter the monster will spit out all of the letters. You can train both lower and upper case letters, with either a handwritten or computer font. 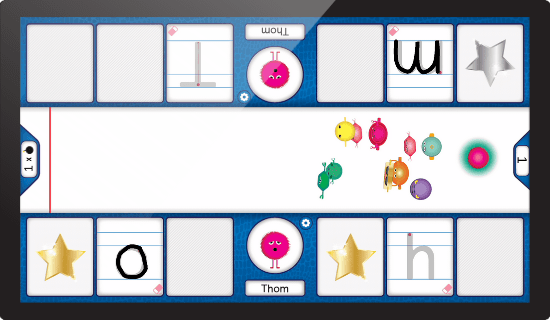 In Letter Beasts you can train your ability to write letters focusing on the order and direction of the strokes. Click on one of the beasts, and enter the four letters of its name three times. Stars are awarded depending on how well you write the letters, and for every third gold star you collect, you get a bomb that can be used against the beasts. You have to write the names of all the beasts before they reach the red line. The game also contains a practice mode where the monsters stand still, and where you get extra help to write the letters. 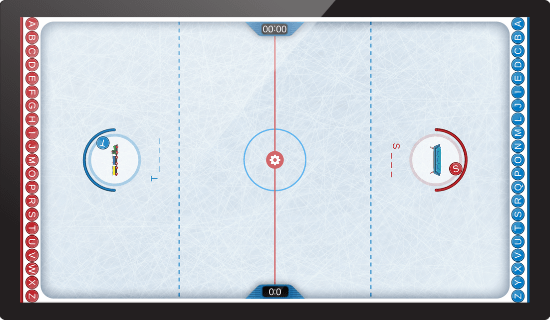 Use Hockey Spelling to practice your spelling skills. The object of the game is to spell the word depicted in the goal zone on the opposite half of the ice rink. To spell the word, you have to drag out the letter and throw it into the goal. The letters do not have to be thrown in the order that the word is spelled, which makes it is possible for several people to throw pucks at the same time, as well as use trial and error if you are unsure about how a word is spelled. 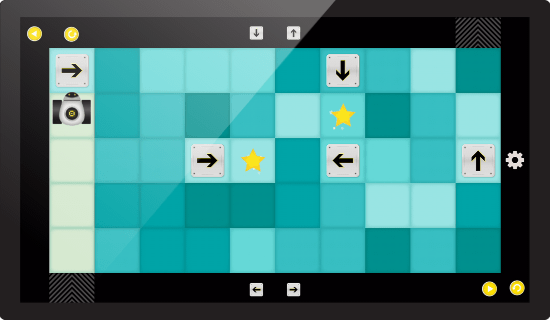 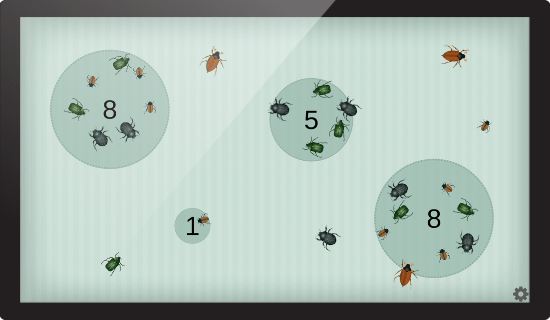 In Counting Bugs you can count beetles and other bugs. Each round has four zones with a number inside them, when the number of insects in the zones matches the numbers the round is completed. The game requires collaboration and overview to keep track of all the insects, as they easily run away. You can adjust the difficulty of the game by changing how fast the insects move. 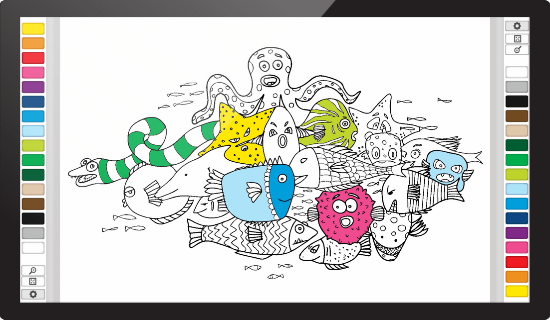 In Collaborative Colouring you can choose one of the many different patterns, mandalas or pictures and colour them in together. Everybody collaborates on colouring in the same image. To colour in an area, the colour is simply dragged from the side palette to the area that you want to colour in.


Supports: Arabic, Danish, Dutch, English (GB), English (US), Finnish, French, German, Korean, Norwegian, Swedish.
Next Page »
We use cookies on our website to give you the most relevant experience by remembering your preferences and repeat visits. By clicking “Accept All”, you consent to the use of ALL the cookies. However, you may visit "Cookie Settings" to provide a controlled consent.
Cookie SettingsAccept All
Manage consent

This website uses cookies to improve your experience while you navigate through the website. Out of these, the cookies that are categorized as necessary are stored on your browser as they are essential for the working of basic functionalities of the website. We also use third-party cookies that help us analyze and understand how you use this website. These cookies will be stored in your browser only with your consent. You also have the option to opt-out of these cookies. But opting out of some of these cookies may affect your browsing experience.
Necessary Always Enabled
Necessary cookies are absolutely essential for the website to function properly. These cookies ensure basic functionalities and security features of the website, anonymously.
Functional
Functional cookies help to perform certain functionalities like sharing the content of the website on social media platforms, collect feedbacks, and other third-party features.
Performance
Performance cookies are used to understand and analyze the key performance indexes of the website which helps in delivering a better user experience for the visitors.
Analytics
Analytical cookies are used to understand how visitors interact with the website. These cookies help provide information on metrics the number of visitors, bounce rate, traffic source, etc.
Advertisement
Advertisement cookies are used to provide visitors with relevant ads and marketing campaigns. These cookies track visitors across websites and collect information to provide customized ads.
Others
Other uncategorized cookies are those that are being analyzed and have not been classified into a category as yet.
SAVE & ACCEPT